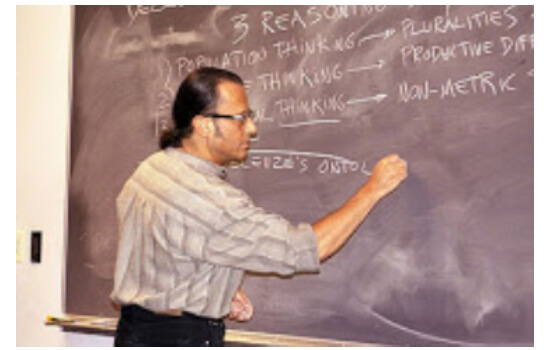 It is true that nineteenth century thermodynamics had already introduced an arrow of time into physics, and hence the idea of irreversible historical processes. It is also true that the theory of evolution had already shown that animals and plants were not embodiments of eternal essences but piecemeal historical constructions, slow accumulations of adaptive traits cemented together via reproductive isolation. However, the classical versions of these two theories incorporated a rather weak notion of history into their conceptual machinery: both thermodynamics and Darwinism admitted only one possible historical outcome, the reaching of thermal equilibrium or of the fittest design. In both cases, once this point was reached, historical processes ceased to count. For these theories, optimal design or optimal distribution of energy represented, in a sense, an end of history.

Nowhere is this need for real history more evident that in the subject of the dynamics of economic power, defined as the capability to manipulate the prices of inputs and outputs of the production process as well as their supply and demand. In a peasant market, or even in a small town local market, everybody involved is a price taker: one shows up with merchandise, and sells it at the going prices which reflect demand and supply. But monopolies and oligopolies are price setters: the prices of their products need not reflect demand/supply dynamics, but rather their own power to control a given market share.

Hence, the large firms that make up the antimarket, can be seen as replicators, much as animals and plants are. And in populations of such replicators we should be able to observe the emergence of the different commercial forms, from the family firm, to the limited liability partnership to the joint stock company. These three forms, which had already emerged by the fifteenth century, must be seen as arising, like those of animals and plants, from slow accumulations of traits which later become consolidated into more or less permanent structures, and not, of course, as the manifestation of some pre-existing essence. In short, both animal and plant species as well as “institutional species” are historical constructions, the emergence of which bottom-up models can help us study.

And yet, however complex the interaction between hierarchies and meshworks, the distinction is real: the former create structures out of elements sorted out into homogenous ranks, the latter articulates heterogeneous elements as such, without homogenization. A bottom-up approach to economic modeling should represent institutions as varying mixtures of command and market components, perhaps in the form of combinations of negative feedback loops, which are homogenizing, and positive feedback, which generates heterogeneity.Manuel De Landa