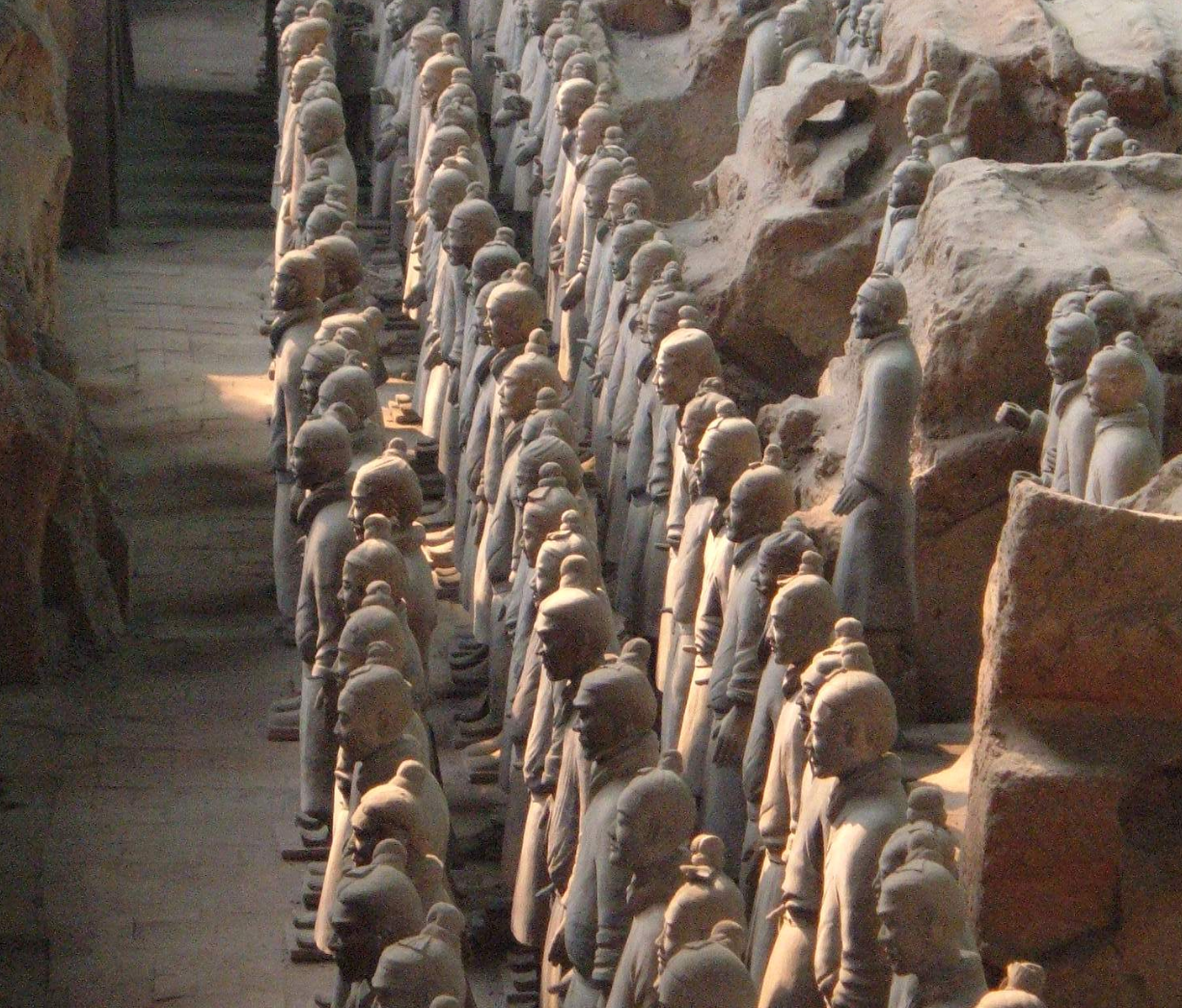 The first fragments of warriors and bronze arrowheads were discovered by Yang Zhifa, his five brothers, and Wang Puzhi who were digging a well in March 1974 in Xiyang, a village of the Lintong county.[15][16] At a depth of around two meters, they found hardened dirt, then red earthenware, fragments of terracotta, bronze arrowheads and terracotta bricks.[17] Yang Zhifa threw the fragments of terracotta in the corner of the field, and collected the arrowheads to sell them to a commercial agency. Other villagers took terracotta bricks to make pillows.[17] A manager in charge of the hydraulic works, Fang Shumiao, saw the objects found and suggested to the villagers that they sell them to the cultural centre of the district. Yang Zhifa received, for two carts of fragments of what would turn out to be terracotta warriors, the amount of 10 yuan.[17] Zhao Kangmin, responsible for the cultural centre, then came to the village and bought everything that the villagers uncovered, as well as re-purchasing the arrowheads sold to the commercial agency.

In May 1974, a team of archaeologists from Shaanxi went to the site to undertake the first excavations of what would later be designated Pit 1. In May 1976, Pit 2 was discovered by drilling and in July the Pit 3.[18] The excavations over an area of 20,000 square meters produced about 7,000 statues of terracotta warriors and horses, and about a hundred wooden battle chariots and numerous weapons.[18] Large structures have been erected to protect the pits; the first was finished in 1979. A larger necropolis of six hundred pits was uncovered by 2008.[19] Some pits were found a few kilometers away from the mound of the tomb of Emperor Qin Shi Huang.[17]