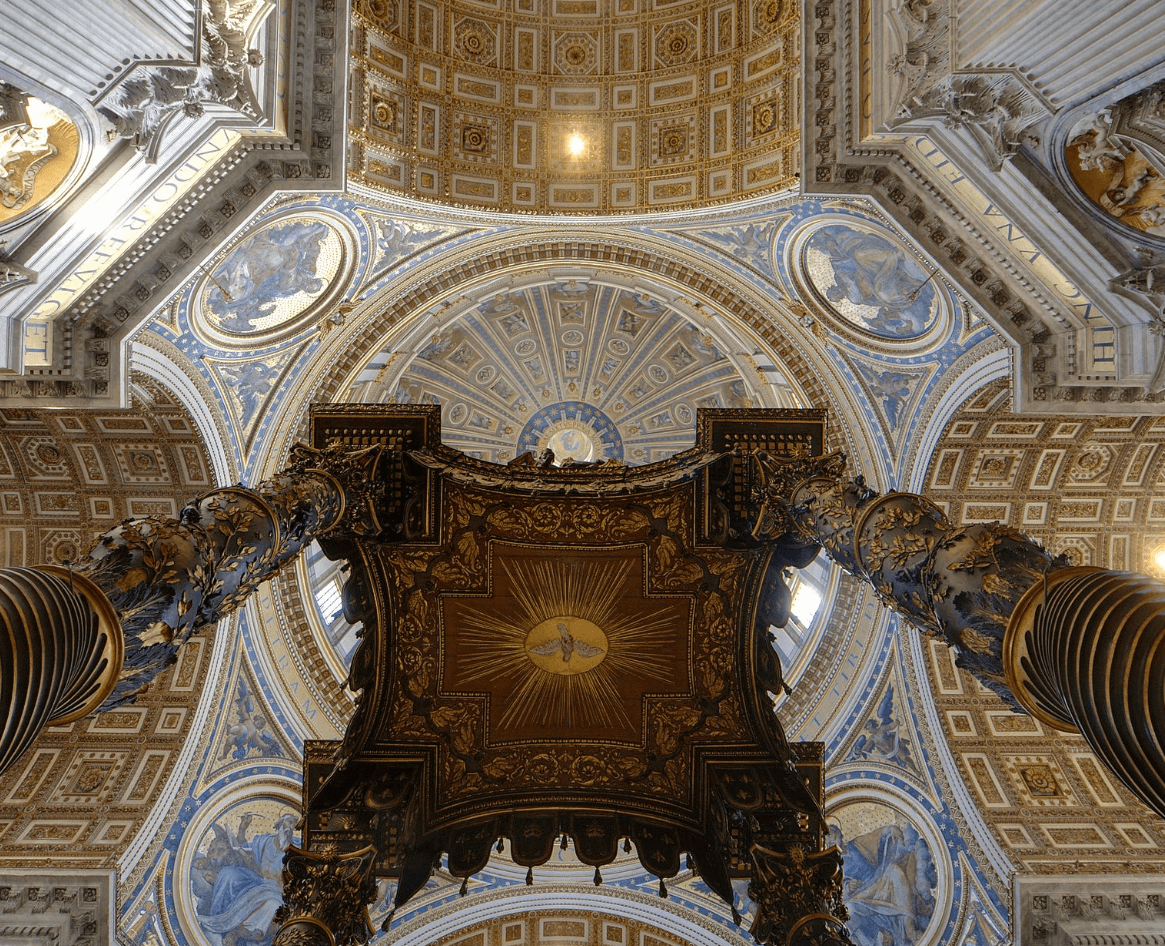 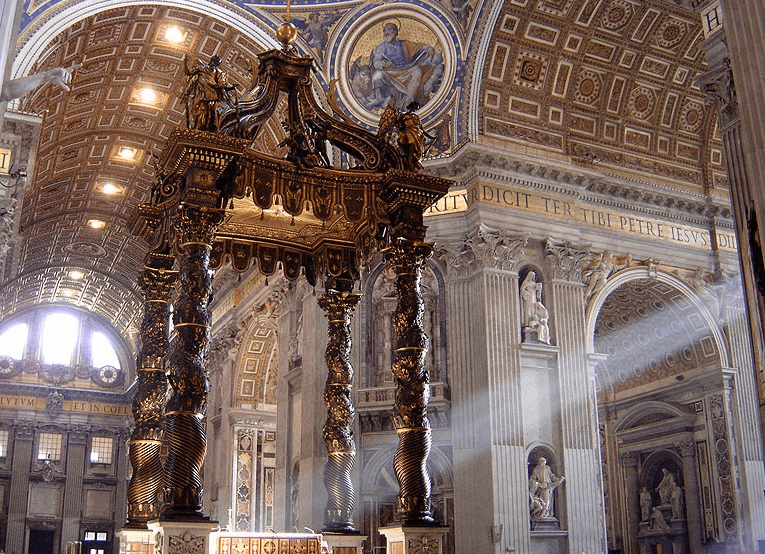 St. Peter’s Baldachin (Italian: Baldacchino di San Pietro, L’Altare di Bernini) is a large Baroque sculpted bronze canopy, technically called a ciborium or baldachin, over the high altar of St. Peter’s Basilica in Vatican City, the city-state and papal enclave surrounded by Rome, Italy. The baldachin is at the center of the crossing, and directly under the dome of the basilica. Designed by the Italian artist Gian Lorenzo Bernini, it was intended to mark, in a monumental way, the place of Saint Peter’s tomb underneath. Under its canopy is the high altar of the basilica. Commissioned by Pope Urban VIII, the work began in 1623 and ended in 1634. The baldachin acts as a visual focus within the basilica; it itself is a very large structure and forms a visual mediation between the enormous scale of the building and the human scale of the people officiating at the religious ceremonies at the papal altar beneath its canopy.