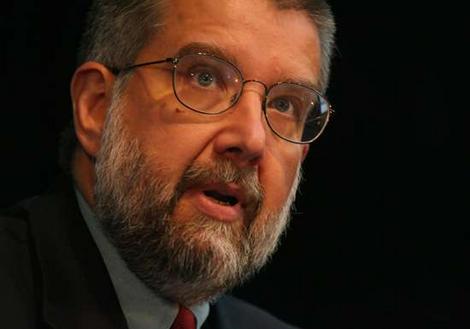 One assignment during his 22-year career was serving as Chief of the Bin Laden Issue Station (the Osama bin Laden tracking unit at the Counterterrorism Center, known as “Alec Station”) from 1996 to 1999. He also served as Special Advisor to the Chief of Alec Station from September 2001 to November 2004.

Scheuer became a public figure after being outed as the anonymous author of the book Imperial Hubris (2004), in which he criticized many of the United States’ assumptions about Islamist insurgencies and particularly Osama bin Laden. Later in 2004, shortly after the “outing” of Scheuer’s harsh criticism of America’s close alliance with Israel, Scheuer resigned from his position at the CIA.

In his book Scheuer depicted bin Laden as a rational actor who was fighting to weaken the United States by weakening its economy, rather than merely combating and killing Americans.

Scheuer challenges the common assumption that terrorism is the threat facing the United States in the modern era, arguing rather that Islamist insurgency (and not “terrorism”) is the core of the conflict between the U.S. and Islamist forces, who in places such as Kashmir, Xinjiang, and Chechnya are “struggling not just for independence but against institutionalized barbarism.” Osama bin Laden acknowledged the book in a 2007 statement, suggesting that it revealed “the reasons for your losing the war against us”.