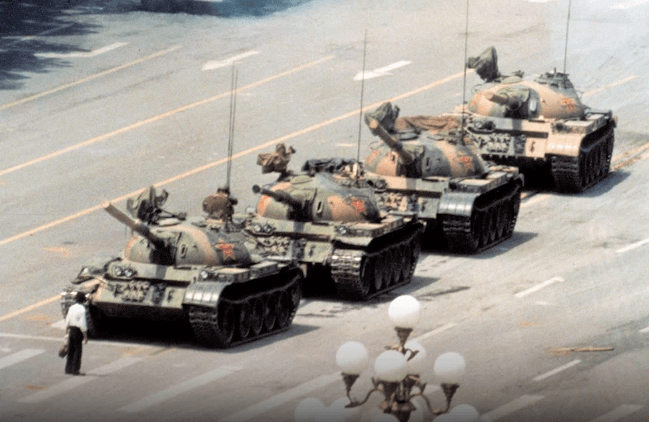 Tiananmen Square protests of 1989 on Wikipedia:

The Tiananmen Square protests of 1989, commonly known as the June Fourth Incident (六四事件) or ’89 Democracy Movement (八九民运) in Chinese,[2] were student-led popular demonstrations in Beijing which took place in the spring of 1989 and received broad support from city residents, exposing deep splits within China’s political leadership. The protests were forcibly suppressed by hardline leaders who ordered the military to enforce martial law in the country’s capital.[3][4] The crackdown that initiated on June 3–4 became known as the Tiananmen Square Massacre or the June 4 Massacre as troops with assault rifles and tanks inflicted casualties on unarmed civilians trying to block the military’s advance towards Tiananmen Square in the heart of Beijing, which students and other demonstrators had occupied for seven weeks. The number of civilian deaths has been estimated at anywhere between hundreds and thousands.[5] The Chinese government condemned the protests as a counter-revolutionary riot, and has largely prohibited discussion and remembrance of the events.[6][7] 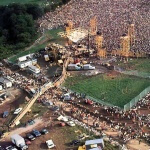 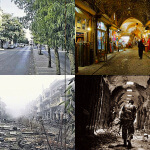 Know What You Bomb: Syria Before and After 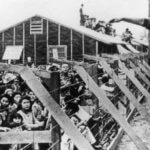