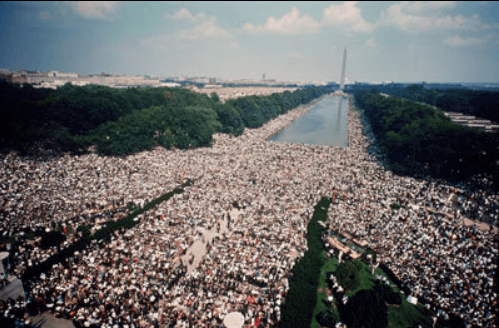 The march was organized by A. Philip Randolph and Bayard Rustin, who built an alliance of civil rights, labor, and religious organizations[4] that came together under the banner of “jobs and freedom.”[5] Estimates of the number of participants varied from 200,000 to 300,000,[6] but the most widely cited estimate is 250,000 people.[7] Observers estimated that 75–80% of the marchers were black.[8] The march was one of the largest political rallies for human rights in United States history.[5]